That’s the growth in corporate purchase agreements for renewable energy in just four years, since 2012.  Back then, these agreements were about 100 MW, and in 2015 the total was 3.25 GW.  The Rocky Mountain Institute expects a whopping 60 GW to be needed for the US corporate market by 2025.

Some extra attention was brought to this trend last week by Google’s announcement that they will be 100% renewable energy next year, a Big Deal for a company that’s mostly data centers. Here’s how Google stacks up against other organizations (via FastCo and Bloomberg): 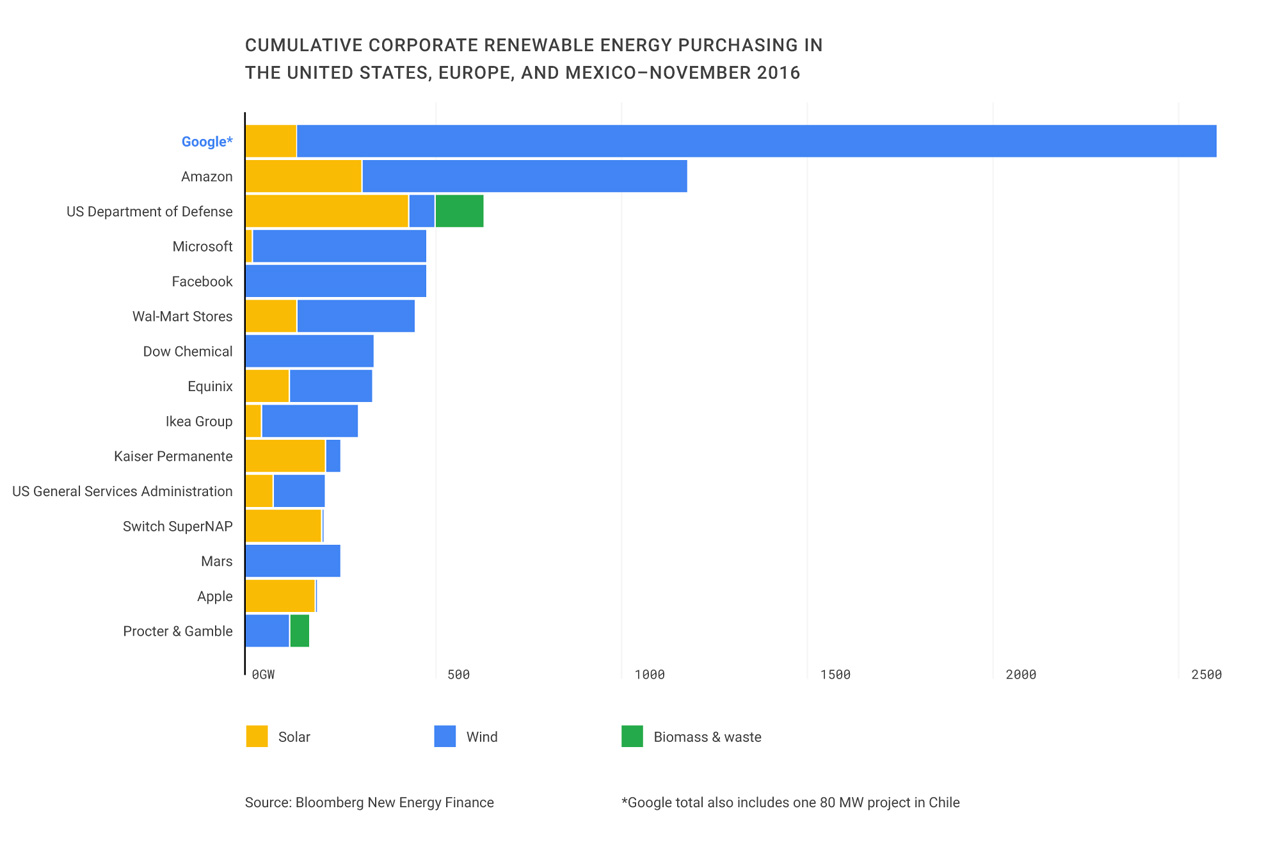 Of course this does not mean that every data center will have its own wind turbine in the backyard; there’s still a big geographic gap between the regions where renewables are produced and the regions where demand is highest, which is managed through the complexities (and sometimes shortcomings) of our electrical grid. This fascinating, frustrating system is also the topic of The Grid, one of Bill Gates’ top books for 2016 , now on my reading list as well. As a former electrical equipment analyst, I am ridiculously excited for this book.

Welcoming the lunar new year with my favorite rabb

October in New England makes me so happy to be ali

ON PLENTY I met up with a colleague this week who

In honor of Mary Oliver’s birthday this weekend,

Blessing of the Forest May the morning mist softe

The Honeybee summer book list is here! Link in bio

Beautiful world, part 3: OCEAN. “The edge of the

Beautiful world, part 2: MOUNTAINS. “What are me

May we encounter unexpected delights.

Grateful to reunite with this place.

Dear ones, let us glory in this season, attendin

Just in time for foraging spring greens! Thank yo

Weekend reading - a giant book about tiny things a